To ensure the consumer credit market is working well, the FCA has launched a competition market study to better understand the dynamics of credit reference agencies (CRAs), an increasingly crucial peg in the lending architecture.

Below my colleague Oliver Morgans takes a look at how this study fits into the overall picture, in a fast changing regulatory and technological landscape, and what may come out the other side.

Following the FCA taking over regulation for consumer credit, there has been significant disruption across the industry as the regulator seeks to drive standards and protect customers.  A core component is an insistence that firms make improvements to their affordability assessments.  In most circumstances, this will mean that firms will need to obtain a credit reference report about the customer’s other commitments and repayment history. CRAs have a central role therefore in the provision and price of credit.

Yet for many, how CRAs operate and how their reports feed into lenders’ decision making remains a mystery.  Some commentators have critiqued the sector in terms of the quality, fairness and pricing of its products. Key questions include:

·        How consistent is the data used across CRAs and the resultant credit scores?

·        Are some consumers (with thin files or low incomes) unfairly assessed as bad credit risks by CRAs?

·        How do lenders use CRA products in their lending decisions?

·        How far are CRA reports used to inform risk to lenders (credit risk), or the risk to borrowers of unaffordable loans (affordability risk)?

There is no doubt the FCA has shown its teeth in the credit sector.  It has capped the cost of various lending products and applied sustained pressure in its supervisory approach on firms’ business models, especially around affordability assessments. It says its guiding light has been the potential harm that borrowing may cause those in financial difficulty, especially where borrowers may be vulnerable.

The FCA has broadened the obligation on lenders to ensure borrowers do not suffer harm from longer term debt dependency.  This now requires a more rounded view of the customer’s circumstances and the harm repayment may cause. The FCA has put new rules on credit card providers to help customers in ‘persistent debt’ and it has sought to increase lenders obligations to prevent repeat lending in the High Cost Credit (HCC) space.  This evolution has only deepened the dependency on data.

Yet, it remains difficult to understand for whom debt is affordable and for whom it is problematic. The FCA recently updated its rules and guidance on affordability on the back of its own research on how to <u><font color="#0000ff">best prevent financial distress</font></u>. The market study follows on from those FCA rule changes, aiming to dig deeper into the mechanics of lending.

There are also wider market forces that have strengthened the role of CRAs in the provision of credit.  The move to increasingly online and near instantaneous decision-making further drives traffic to CRAs and increases the dependence on them.

The FCA’s task is not an easy one and below I set out five challenges it will face in its study:

1.      Understanding what drives CRAs behaviour and how to change it (within the FCA regulated space), is complex.  CRAs compete to provide data and analytics to lenders but there are only 3 major suppliers, an oligopoly, meaning that in practice competition is limited. They operate within a highly complex set of technical, regulatory and legal frameworks covering FCA regulation, ICO regulation of GDPR and a variety of other industry codes and technological systems. In addition, some business occurs outside the regulated framework, for example providing data analytics to non-regulated entities, so perimeter issues are also in play.

2.      Lenders make use of CRA products in diverse ways, depending on their culture, business model and target customers.   This means the extent to which CRA data, or lenders own analytics, determine access and pricing varies considerably even among lenders in similar markets.

3.      Attempting to change the behaviour of consumers in financial difficulty through improved information is very ambitious.  The scope of the competition study is very broad – including “consumers’ engagement and understanding of credit information and how it impacts their behaviour”. Yet, research indicates most customers are disengaged and policy interventions to increase engagement are notoriously challenging.  Where customers are in financial difficulty, they do not lack awareness of their circumstances, but instead struggle to cope with the stress and underlying life challenges. As such, it is unclear what value there is in improved knowledge of credit scores.

4.      Any FCA interventions may soon be rendered outdated or ineffective by technology and market developments. Most obviously, Open Banking could transform how firms compete to offer credit. It enables the direct sharing of personal data across financial institutions, including current account information (which is not widely shared at present).  The possible outcomes for CRAs are complex. It could strengthen their role as CRAs link Open Banking with their own data sources to provide integrated products to lenders on credit and affordability risk. However, if customers can share their own data securely (without the CRAs intermediating), Open Banking might significantly reduce CRAs’ role in determining the supply of credit.

5.      Efforts to strengthen or deepen data sharing to improve access may face push back. The CRAs are likely to seek wider access to a range of data, such as rental and HMRC data, to improve their scoring, which in turn may widen access to credit. Yet there is a growing skepticism in society about business models premised on our personal data (how data is shared, for what purposes and how it is used).  Such controversy (including data lost by <u><font color="#0000ff">CRAs</font></u>) has led to calls for stronger protections over personal data, beyond the existing GDPR protections. Much of the power around data sharing sits outside the FCA – with Government or the ICO – who are likely to be alive to such concerns, limiting the potential for CRAs to gain significantly wider access.

What outcomes does the FCA want to see?

Unlike most competition studies, this is far less a study of ‘how firms compete’ to address specific harms, and more an investigation into the mechanics and behaviours of participants to help the system better achieve the goal of lending only where credit is affordable.  As a result, the FCA’s goals are less well defined than for previous studies, covering a wider set of actors and outcomes.

If you want to shape the FCA’s thinking, it is best to engage early as the regulator develops its conceptual framework rather than later when it has already defined its approach.

If you would like to explore any of the issues raised in this blog, or for any tips on how best to engage with the regulator, do not hesitate to contact us. Oliver Morgans - Oliver.l.morgans@uk.gt.com

redit information plays a critical role in many markets. It can impact consumers’ access to a range of financial services (including mortgages, loans and credit cards) and in some cases the price they pay for them. This is significant as, according to the FCA Financial Lives Survey, nearly 4 in 5 adults hold at least one credit or loan product. Furthermore, those vulnerable customers for whom a lender’s decision is more finely balanced are most likely to be affected if the credit information market is not working well. The market study will focus on the following themes: the purpose, quality and accessibility of credit information market structure, business models and competition consumers’ engagement and understanding of credit information and how it impacts their behaviour 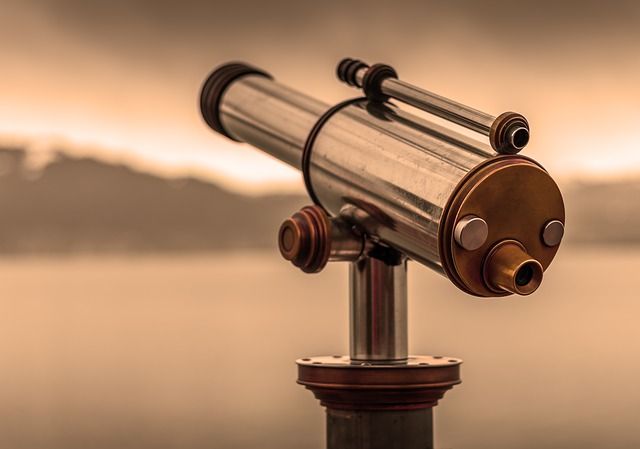