Six years since the creation of the PRA and FCA, now seems a good time to take stock of how UK regulation has developed, focusing on some of the areas regulation has often found difficult.

Both regulators have competition objectives, major and secondary respectively, but their other objectives can pull them in different directions. So, following this interesting recent speech by the PRA’s CEO, competition seems a good place to start.

Here are four areas where the conundrums created by the FCA and PRA’s competition objectives are becoming evident:

1. Financial strength: The PRA’s main objective is around “safety and soundness”, so when firms reach a certain size its regulation ramps up considerably. As Sam Woods points out, so far “no small bank has become a large bank”. The reasons for this are complex and aren’t all related to the PRA’s requirements that the largest banks are significantly stronger financially than the rest, but some are.

The FCA, meanwhile, as a conduct regulator with no statutory prudential objective, is able to be more of a full-on supporter of “challenger” firms. At some point, however, the low interest rates of the past decade will come to an end and financial strength will become more of an issue for FCA solo-regulated firms. At that stage, firms’ business models will be tested, competition will become harsher, and inevitably there will be some casualties.

2. Resilience: The two regulators are closer to being on the same page when viewing competition through this lens. I’ve written before that threats to resilience – including, but far from limited to, cyber-attacks – are up there as one of the biggest risks to the financial system. And the potential impact of innovation – whether it’s Open Banking or the FCA Sandbox – is fascinating and should be debated more than it is.

As customers’ data becomes more widely shared and reliance on technology increases, supervisors at both regulators will wonder if the system as a whole is becoming more vulnerable –to criminals and to outages of various kinds – or less, as old kit is replaced or superseded. Meanwhile, those big firms who still wrestle with a spaghetti of legacy systems continue to have their own challenges. Over time, competition may well drive firms to become more resilient, but for both regulators it could be a rocky road.

3. Vulnerable customers: On the face of it, this is much more an FCA issue. As technology and competition combine to drive more micro customer segmentation, the vulnerable may find themselves being treated differently more often. As the FCA’s recent consultation on mortgage prisoners demonstrates, this will create new challenges for firms as well as the regulator.

The PRA, meanwhile, may become increasingly concerned if prime lending is concentrated in fewer firms, not least those with access to plentiful and cheap retail deposits. The flipside, of course, is that more vulnerable customers may also become more concentrated, increasing the prudential fragility of firms whose funding costs are too high to attract low risk customers.

4. Global consolidation: Taking a step back, there is a different sort of competition playing out at international level . Across financial services, sectors continue to consolidate at the top end, and it’s difficult to see the trend ending soon.

Admittedly, these mergers are not always from positions of strength, but the scale of market share they produce can be daunting. However, the FCA seems to be happy in principle, and recently it halted its market study of wholesale insurance broking - one of the more concentrated sectors - at the interim stage.

A final thought: Few impartial observers would argue against the desire for more competition in UK financial services, particularly in banking, and the regulators’ competition objectives are uncontroversial. But, while regulators will continue to help ease the early development of new firms and new business models, their other responsibilities may restrain them from helping more.

The best strategy for firms seeking to challenge incumbents is therefore likely to include understanding the longer term trends in regulation, finding ways to future-proof their business models and anticipate future regulatory priorities.

Sam Woods spoke at a panel to celebrate the fifth anniversary of the Prudential Regulation Authority’s (PRA) Secondary Competition Objective (SCO). This objective requires the PRA to act, where possible, to facilitate effective competition when it makes policies to advance its primary objectives of safety and soundness, and policyholder protection. Sam explained that, in his view, the SCO has had a profound impact on the PRA’s activities. He said that the PRA has done a lot over the past years but, as we enter the second five years, we should start a debate about the next set of questions, some of which are quite awkward. 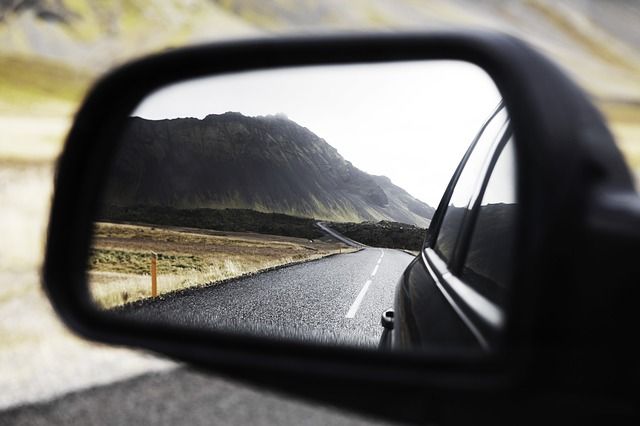