Much is rightly being made, here and elsewhere, over the FCA’s willingness to open more Enforcement investigations. Not unreasonably, this is often linked to the introduction of SMCR for banks and insurers back in 2016. However, there are other factors at work, and it’s worth looking back before drawing too many conclusions about what’s likely to be in store.

Since the creation of the FSA in 1998, Enforcement has is some ways been a semi-detached area of the regulator, in particular taking its own decisions about which cases to pursue. Over the years, this has sometimes led to friction between Enforcement and other areas of the regulator, typically where Supervision put forward cases that Enforcement chose not to take on. And there are aspects of this in Andrew Green QC’s Enforcement chapter of the HBoS Report (2015).

The criticisms in that report are probably the biggest driver of the upturn in the number of FCA investigations, meaning that the FCA is more likely to open an investigation but also more likely to then decide not to pursue it. Previously, there was a greater tendency to make this latter decision less formally, without opening an investigation. Following this logic, it is too early to conclude whether the FCA will actually pursue more cases through to taking enforcement action.

But there are also other factors in play behind the increase in investigations. Here are three of the most significant:

1. The lag effect of the complex benchmarking cases (c.2011-15) – both LIBOR and FX – which soaked up disproportionate resource and led to many fewer other cases being taken on while they were being pursued.

2. The recent implementation of MAR and MiFID II, which may be a driver of the rise in insider dealing cases noted in the article.

3, The jump in the number of financial crime cases, much of which may be cyclical - historically, FinCrime cases have a tendency to be famine or feast – but may also be influenced by the forthcoming FATF review.

Which brings us to SMCR. There has been a jump in cases dealing with governance and culture, which, as the article suggests, may be partly explained by the new (post SMCR) protocol of counting related cases against firms and individuals separately. And it is also true that, following Andrew Bailey’s relaunch of the FCA’s culture agenda in Marcy 2017, a renewed enthusiasm for this type of case was always likely.

It would be wrong at present, however, to see SMCR as a driver for the increase in volume, certainly of cases the FCA will take all through enforcement action. Because they concern new regulation and involve individuals, SMCR cases are likely to be both complex and contentious. And nothing that can be deduced from the Jes Staley whistleblowing case – on the face of it likely to be at the simpler end - suggests they will have quick or easy conclusions for individuals, firms or regulators.

It’s worth noting also that SMCR currently applies only to dual regulated firms, and so to only a small proportion of the firms the FCA regulates. So any enforcement trend emerging now is only likely to accelerate in the coming years.

One last thought around capacity. One of the most dangerous periods for financial regulation has historically been when the regulator tries to do too much. This was true of the period leading up to the financial crisis when the FSA was implementing its “Making a Real Difference” initiative, and of the period around the disclosure of market sensitive information from the Business Plan in 2014.

Given its current heavy agenda – Brexit, consumer credit etc. – it will be especially important for the FCA to keep resources focused and to pick carefully which enforcement investigations to drop and which to pursue.

Under new accountability rules called the Senior Managers and Certification Regime [SMCR], the FCA now frequently opens a parallel case into top brass with particular responsibility for the issue under investigation. The increase is also because of an explicit push to open more investigations, and sooner. 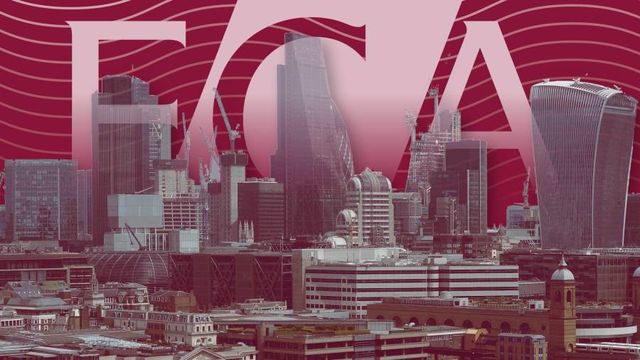