I wrote at the time of the Australian cricket ball-tampering episode that it wasn't tenable that only the players were responsible when the culture that produced it had been worn openly as a badge of honour. Subsequently, both the coach and now the Australian cricket CEO have stepped down. Which prompts the wider thought that true accountability is situational and nearly always shared, though rarely evenly.

The debate on this also lies just below the surface of recent political events - from Windrush to Brexit. None of this is straightforward, particularly in stressed situations. But the answer goes to the heart of the level of trust we put in our institutions – whether sporting, political or financial.

To take another sporting example, the latest answer to the threat of doping, bribery and the like seems to be to establish an “Integrity Unit”. But the independence of these is obviously vulnerable in some sports, while issues such as resources and access to information – think WADA and Russia, betting in Tennis - remain critical to any assessment of where accountability lies.

Regulatory culture and accountability can be similarly tangled. Each generation of FSA/FCA senior management quickly concluded the regulator had too many meetings and too little delegation. Subsequently, each was damaged by the public emergence of issues that weren’t on their radar – from split capital trusts to Northern Rock to market sensitive data disclosure – prompting accusations from the TSC of being “asleep at the wheel”. The reaction was more meetings and less delegation. Accountability here, including the TSC, is far from neat.

SMCR’s origins lie in the financial crisis, designed by the PCBS as an antidote to the FSA’s relative inability to take enforcement action against banks’ senior management. Although its effectiveness remains untested, the purpose makes sense, and over time case law will emerge to show whether Parliament’s aim has been achieved. But everything I’ve seen so far argues that senior managers feel far more individually on the hook than before. And the FCA’s extension of SMCR to all regulated firms is unlikely to be any different.

Consequently, SMCR is likely to have  a profound effect on firms’ culture, most obviously by tidying up and simplifying governance and reporting lines. However, while it may well prove positive overall, several dangers are lurking. I doubt, for instance, that true accountability will ever be as simple as set out in a Statement of Responsibilities, while “reasonable steps” are ultimately always in the eye of the beholder. Control functions, meanwhile, are subject to the same potential constraints as Integrity Units.

Most new regulations – SMCR is obviously no exception – stem from a regulatory failure of some sort, and so the inevitable challenge is “would it have prevented x from happening?” I’m sceptical of this as an approach – one of the curses of regulators is that you can easily feel condemned to be always fighting the last battle rather than the next.

But thinking about culture, accountability and SMCR in the context of past regulatory events – successes and “near misses” as well as failures – offers a rich seam of thought experiment. More another time…

Cricket Australia has suffered another high-profile resignation, although James Sutherland has denied the recent ball tampering saga was behind his decision to stand down from his role as the organisation’s chief executive. 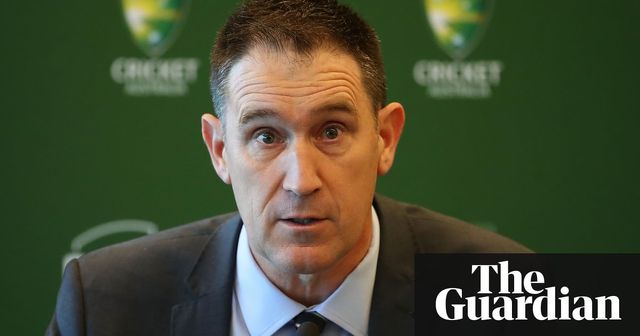